The Prince of Tennis, Vol. 10 (Paperback) 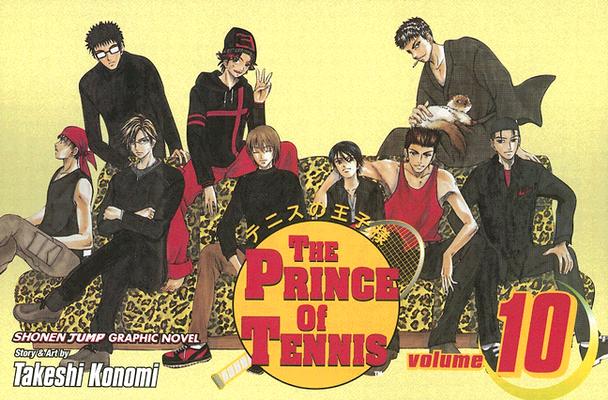 The Prince of Tennis, Vol. 10 (Paperback)

This is book number 10 in the The Prince of Tennis series.

In preparation for the City Tournament, Seishun Academy's team captain Kunimitsu Tezuka decides to hold intra-squad games. It's a routine way for the team players to get some much-needed practice matches, but it's all fun and games until someone's competitive nature surfaces. Ryoma is pitted against Shusuke, and Ryoma wastes no time in putting on the pressure against his teammate. But with his tenacious strategy known as "Higuma Otoshi" (Bear Hunt), Shusuke's got a few tricks of his own....
Takeshi Konomi exploded onto the manga scene with the incredible The Prince of Tennis. His refined art style and sleek character designs proved popular with Weekly Shonen Jump readers, and The Prince of Tennis became the number one sports manga in Japan almost overnight. Its cast of fascinating male tennis players attracted legions of female readers even though it was originally intended to be a boys' comic. The manga continues to be a success in Japan and has inspired a hit anime series, as well as several video games and mountains of merchandise.