The Prince of Tennis, Vol. 14 (Paperback) 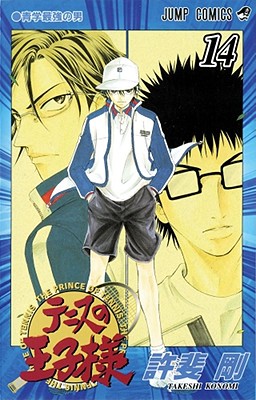 The Prince of Tennis, Vol. 14 (Paperback)

This is book number 14 in the The Prince of Tennis series.

As more intra-squad games are played to determine the starting line-up, fellow Seishun Academy players Kunimitsu Tezuka and Sadaharu Inui duke it out for a slot. But the disparity in their skills becomes evident when everyone realizes that Kunimitsu has not budged since he delivered his serve. Meanwhile, Coach Banda of Yamabuki Junior High offers team captain Kunimitsu a chance to play overseas as an exchange student. Could this be the end of Kunimitsu's tour of duty at Seishun?
Takeshi Konomi exploded onto the manga scene with the incredible The Prince of Tennis. His refined art style and sleek character designs proved popular with Weekly Shonen Jump readers, and The Prince of Tennis became the number one sports manga in Japan almost overnight. Its cast of fascinating male tennis players attracted legions of female readers even though it was originally intended to be a boys' comic. The manga continues to be a success in Japan and has inspired a hit anime series, as well as several video games and mountains of merchandise.