The Prince of Tennis, Vol. 15 (Paperback) 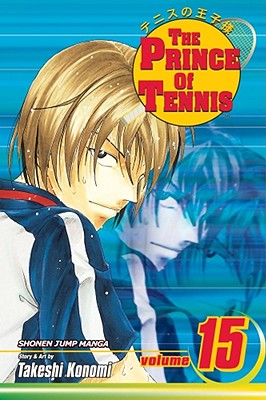 The Prince of Tennis, Vol. 15 (Paperback)

This is book number 15 in the The Prince of Tennis series.

At the Kanto Tournament, the brillant play of Hyotei Academy's Gakuto and Yushi's drives Seishun's Momo and Eiji to assume the Australian formation, a technique they masterfully pulled off in a previous match. Meanwhile, the Seishun team of Kaoru and Sadaharu walk into a landmine filled with "scud serves" and accurate, aggressive doubles play. But just when things look bleak, Sadaharu unleashes his well-planned counterattack...
Takeshi Konomi exploded onto the manga scene with the incredible The Prince of Tennis. His refined art style and sleek character designs proved popular with Weekly Shonen Jump readers, and The Prince of Tennis became the number one sports manga in Japan almost overnight. Its cast of fascinating male tennis players attracted legions of female readers even though it was originally intended to be a boys' comic. The manga continues to be a success in Japan and has inspired a hit anime series, as well as several video games and mountains of merchandise.