The Prince of Tennis, Vol. 16 (Paperback) 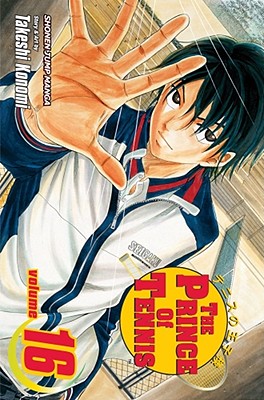 The Prince of Tennis, Vol. 16 (Paperback)

This is book number 16 in the The Prince of Tennis series.

Takashi "Taka" Momoshiro battles the mysterious Kabaji of Hyotei Academy. Taka unleashes a brutal two-handed "Hadokyu" (wave surge shot), which Kabaji dishes right back. Unbeknownst to Taka, Kabaji's special talent is his ability to mimic shots with accuracy and ease. Meanwhile, Sadaharu's honesty and keen eye for detail becomes Seishun's downfall` when he volunteers that his winning smash was actually out. Can Seishun Academy afford another loss?
Takeshi Konomi exploded onto the manga scene with the incredible The Prince of Tennis. His refined art style and sleek character designs proved popular with Weekly Shonen Jump readers, and The Prince of Tennis became the number one sports manga in Japan almost overnight. Its cast of fascinating male tennis players attracted legions of female readers even though it was originally intended to be a boys' comic. The manga continues to be a success in Japan and has inspired a hit anime series, as well as several video games and mountains of merchandise.