The Prince of Tennis, Vol. 30 (Paperback) 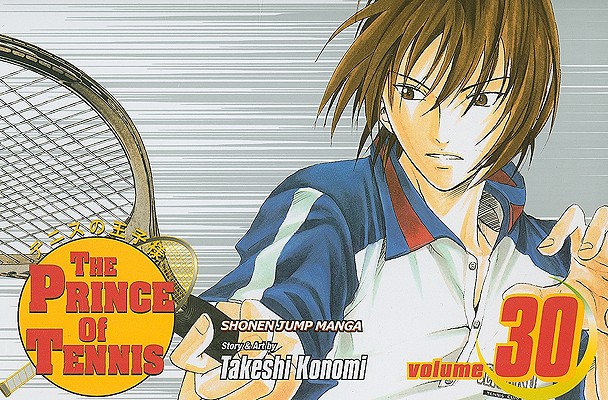 The Prince of Tennis, Vol. 30 (Paperback)

This is book number 30 in the The Prince of Tennis series.

As the match between Ryoma and Higa's giant Kei Tanishi continues, it's apparent to everyone that Tanishi is in control of the game--to everyone except Ryoma, that is. Higa continues to dominate in No. 2 Doubles, with Taka and Shusuke paired up against Hiroshi Chinen and Rin Hirakoba. Now Seishun's hopes rest on whether Shusuke can figure out how to effectively counter Rin's lethal "Habu" shot.
Takeshi Konomi exploded onto the manga scene with the incredible The Prince of Tennis. His refined art style and sleek character designs proved popular with Weekly Shonen Jump readers, and The Prince of Tennis became the number one sports manga in Japan almost overnight. Its cast of fascinating male tennis players attracted legions of female readers even though it was originally intended to be a boys' comic. The manga continues to be a success in Japan and has inspired a hit anime series, as well as several video games and mountains of merchandise.