The Prince of Tennis, Vol. 39 (Paperback) 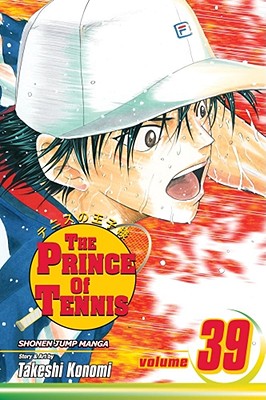 The Prince of Tennis, Vol. 39 (Paperback)

This is book number 39 in the The Prince of Tennis series.

Before the Seishun boys hit the courts for the final round of the Nationals, they hit the yakiniku table for an all-out barbecue blitz! When the time comes for Seishun to take on Rikkai at the tournament, Ryoma is stuck in Karuizawa! Help comes from an unexpected quarter to get Ryoma to that stadium. The first game is the long-awaited match that will ignite the perfect storm: Seishun captain Kunimitsu vs. Rikkai's Sanada!
Takeshi Konomi exploded onto the manga scene with the incredible The Prince of Tennis. His refined art style and sleek character designs proved popular with Weekly Shonen Jump readers, and The Prince of Tennis became the number one sports manga in Japan almost overnight. Its cast of fascinating male tennis players attracted legions of female readers even though it was originally intended to be a boys' comic. The manga continues to be a success in Japan and has inspired a hit anime series, as well as several video games and mountains of merchandise.