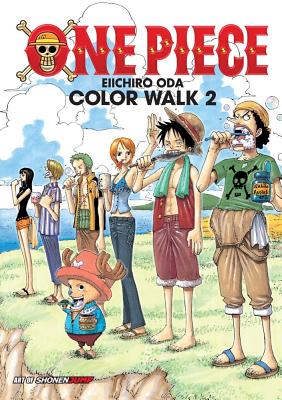 Color images and special illustrations from the world’s most popular manga, One Piece! The book features behind-the-scenes info on how certain characters were designed and also includes an interview with the creator where he talks about how he became a manga artist. Includes a bonus postcard and poster!
Eiichiro Oda began his manga career at the age of 17, when his one-shot cowboy manga Wanted! won second place in the coveted Tezuka manga awards. Oda went on to work as an assistant to some of the biggest manga artists in the industry, including Nobuhiro Watsuki, before winning the Hop Step Award for new artists. His pirate adventure One Piece, which debuted in Weekly Shonen Jump magazine in 1997, quickly became one of the most popular manga in Japan.