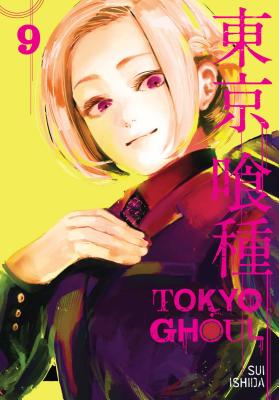 This is book number 9 in the Tokyo Ghoul series.

Six months after their Aogiri Tree Operation, the CCG continues their investigation of the Gourmet and the Binge Eater. Kaneki and his colleagues search for Rize’s true identity brings them face-to-face with the mysterious Madame A.
Sui Ishida was born in Fukuoka, Japan. He is the author of Tokyo Ghoul and several Tokyo Ghoul one-shots, including one that won him second place in the Weekly Young Jump 113th Grand Prix award in 2010. Tokyo Ghoul began serialization in Weekly Young Jump in 2011 and was adapted into an anime series in 2014.