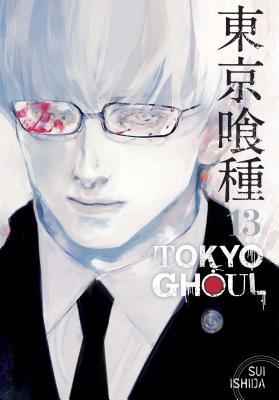 This is book number 13 in the Tokyo Ghoul series.

Investigators from the 20th Ward launch an initiative to take out the Ghoul known as the One-Eyed Owl, who has possible ties to both Akira and Yoshimura. An all-out assault on the Anteiku café, where the Owl is supposedly hiding, results in full-fledged battle.
Sui Ishida was born in Fukuoka, Japan. He is the author of Tokyo Ghoul and several Tokyo Ghoul one-shots, including one that won him second place in the Weekly Young Jump 113th Grand Prix award in 2010. Tokyo Ghoul began serialization in Weekly Young Jump in 2011 and was adapted into an anime series in 2014.