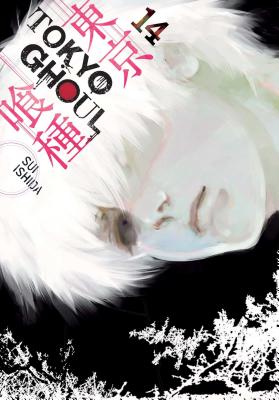 This is book number 14 in the Tokyo Ghoul series.

As Kaneki and the fiercest fighter in the CCG, Arima, finally face off, several investigators launch an assault on Yoshimura, unaware of the danger that awaits them. The massive battle takes a turn for the worse when the One-Eyed Owl appears, leaving the fate of Kaneki and the CCG hanging in the balance.
Sui Ishida was born in Fukuoka, Japan. He is the author of Tokyo Ghoul and several Tokyo Ghoul one-shots, including one that won him second place in the Weekly Young Jump 113th Grand Prix award in 2010. Tokyo Ghoul began serialization in Weekly Young Jump in 2011 and was adapted into an anime series in 2014.