Kirstenbosch: The Most Beautiful Garden in Africa (Hardcover) 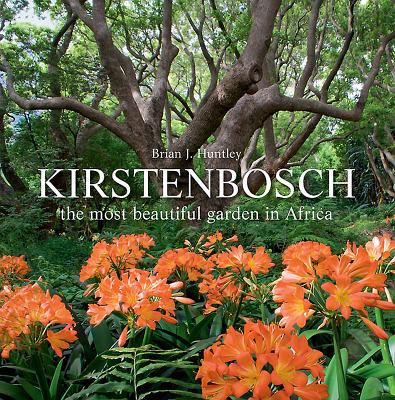 Kirstenbosch: The Most Beautiful Garden in Africa (Hardcover)


This title is likely unavailable. Email or call for price and availability.
Kirstenbosch is a name that resonates round the world as the home of a uniquely rich flora in a setting of unsurpassed beauty, and in 2013 Kirstenbosch celebrates its 100th anniversary. This centenary publication tells the story of its establishment, its setbacks and triumphs, its benefactors and heroes. It outlines the Garden's scientific eminence as the repository of knowledge on our prized flora and details the many attractions that make it a favorite destination for South Africans and visitors alike. With a finely crafted text by acclaimed ecologist Brian Huntley, and lavishly illustrated with photographs and artworks that tell the history and reflect the beauty of the Garden, this will be a sought-after volume a quality memento for visitors to Kirstenbosch and a keepsake for the many thousands of locals who flock there annually. Beautifully presented in a colorful dustjacket, this book will be a tasteful, all-occasions gift, and one to cherish.REVIEWS "The renowned South African garden was bequeathed to the country by Cecil Rhodes when he died. Celebrating the Garden's centennial in 2013, this book offers history and botanical information intertwined with abundant color photos of plants and portions of the Garden as well as b&w historical photos. Huntley is a world-traveling conservationist and consultant who was affiliated, until his retirement, with the South African National Biodiversity Institute. "Reference and Research Book News, 2013/08.