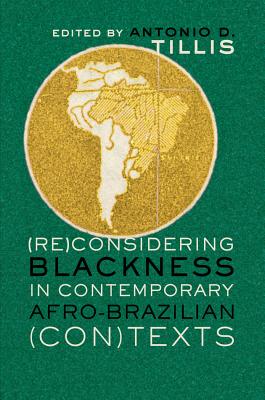 This is book number 1 in the Black Studies and Critical Thinking series.

(Re)Considering Blackness in Contemporary Afro-Brazilian (Con)Texts critically interrogates the issue of Blackness in Brazil under the lens of cultural studies - broadly defined to include utterances on transnationalism and cosmopolitanism. From a multidisciplinary perspective, this collection of scholarly articles queries the notions of national and racial identity and ambivalence, through critical analysis of contemporary (mid-twentieth century to the present) Brazilian cultural materiality, including literature, religion, film/video and theatrical production, and cultural anthropological manifestations. The book's purpose is to understand how multiethnic nations, such as Brazil, negotiate issues of Blackness in contemporary contexts. All of the contributing authors are leading Brazilian scholars in the areas of race, gender, theatre, music, literature, film, and religion studies. By concentrating on how these disciplines and ideologies relate to matters concerning Blackness in the construction of identities in Brazil, this book will be of significant value to scholars in the areas of Brazilian studies, Latin American studies, interdisciplinary studies, cultural studies, and African Diaspora studies.