The Black Professoriat: Negotiating a Habitable Space in the Academy (Black Studies and Critical Thinking #6) (Paperback) 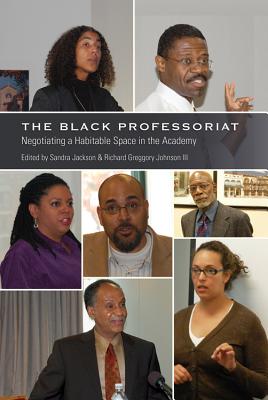 The Black Professoriat: Negotiating a Habitable Space in the Academy (Black Studies and Critical Thinking #6) (Paperback)

This is book number 6 in the Black Studies and Critical Thinking series.

Although Black faculty have been present in the academy since the late nineteenth century, it has been during the twentieth century that they have established a presence which has had political, cultural, and epistemological implications. This book focuses on contemporary, successful Black scholars in the academy: they have become tenured and promoted; been recognized as noteworthy scholars, researchers, and as excellent teachers; and have served in leadership capacities. Through autoethnographic narratives that illustrate and interrogate experiences about being in the academy as gendered, race, classed, and sexually oriented others, this book captures the diverse voices of Black men and women achievers who have not only survived, but also thrived. Their candor will inspire others to negotiate normative milieu and make manifest their legitimacy and right to belong.
Sandra Jackson is Professor of Women and Gender Studies and Director of the Center for African and Black Diaspora at DePaul University. Her areas of interest include feminist theorizing, women's autobiography, girls' studies, young adult literature and representations of gender, science fiction, utopian and dystopian literature and film, and gender and higher education. Dr. Jackson is widely published. Richard Greggory Johnson III, Phi Beta Kappa, is Associate Professor in the Educational Leadership and Policy Studies Program and faculty in the Masters of Public Administration Program at the University of Vermont. He is widely published and serves as an executive editor for Peter Lang's Black Studies and Critical Thinking series. Dr. Johnson is a life member of Alpha Phi Alpha fraternity.