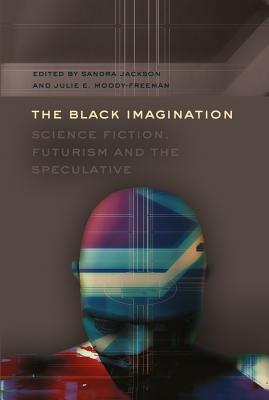 This is book number 14 in the Black Studies and Critical Thinking series.

This critical collection covers a broad spectrum of works, both literary and cinematic, and issues from writers, directors, and artists who claim the science fiction, speculative fiction, and Afro-futurist genres. The anthology extends the discursive boundaries of science fiction by examining iconic writers like Octavia Butler, Walter Mosley, and Nalo Hopkinson through the lens of ecofeminist veganism, post-9/11 racial geopolitics, and the effect of the computer database on human voice and agency. Contributors expand what the field characterizes as speculative fiction by examining for the first time the vampire tropes present in Audre Lorde's poetry, and by tracing her influence on the horror fiction of Jewelle Gomez. The collection moves beyond exploration of literary fiction to study the Afro-futurist representations of Blacks in comic books, in the Star Trek franchise, in African films, and in blockbuster films like Independence Day, I Robot, and I Am Legend.
Sandra Jackson is Professor of Women's and Gender Studies and Director of the Center for Black Diaspora at DePaul University. Her areas of research and teaching include feminist theory, cultural studies, utopian and dystopian literature and film, women's autobiography, gender and education. Previous books include coedited works: The Black Body: Imagining, Writing, (Re)Reading; Talking Back and Acting Out: Women Negotiating the Media Across Cultures; and I've Got a Story to Tell: Identity and Place in the Academy. Julie E. Moody-Freeman is Associate Professor of African and Black Diaspora Studies at DePaul University. Her work on Caribbean literature and Black speculative fiction has appeared in the journals African Identities, Macomere, Canadian Women's Studies/les cahiers de la femme; in The Encyclopedia of the African Diaspora; and in the edited collection Seeking the Self - Encountering the Other: Diasporic Narrative and the Ethics of Representation.