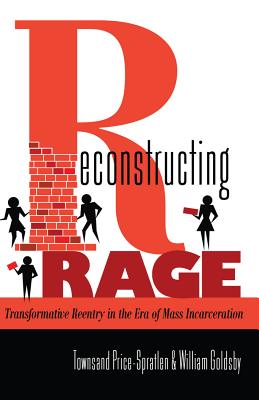 This is book number 25 in the Black Studies and Critical Thinking series.

One in every 31 U.S. adults is in the penal system. This mass incarceration is by far the largest in the world. African Americans are disproportionately imprisoned and challenged by the consequences of incarceration in education, jobs, voting, and other aspects of life. Since 96 percent of those imprisoned are released, there is an urgent need for resources and research that can improve reentry outcomes. Reconstructing Rage analyzes how - and how well - one company, Reconstruction, Inc. of Philadelphia, has organized returning prisoners, their families, and communities for 24 years. It looks at Reconstruction's programs, strategies, and patterns of change over time; holistic (i.e., mind-body-spirit) and principled transformations in the people and families it has touched; and at the company's collaborations and contributions to criminal justice and public policy best practices. Reconstructing Rage explores challenges of improving community capacity and quality of life outcomes within and beyond reentry and reintegration, for former felons, their families, and a growing number of others interested in a broader social justice.
Townsand Price-Spratlen (PhD, University of Washington) is Associate Professor in the Department of Sociology at The Ohio State University. He has been a member of Reconstruction, Inc. since the organization began, and now serves on the Advisory Board. His research explores relationships between faith, social justice, and community capacity building outcomes. William Goldsby was born in Selma, Alabama during the Jim Crow era. Before and during his two military tours, he was convicted of two violent offenses. He earned his BA at Western Washington University from the School of Education and Human Services, and served in the Peace Corps in Central America as a nutritionist and youth developer. After returning to the U.S. he served on the Pennsylvania Future Commission and the board of Pennsylvania Prison Society, and was one of the conveners of Pennsylvania Abolitionists United Against the Death Penalty. He is a program designer for social issues, professional technician for situation management, and is the current Chair of Reconstruction, Inc.