Authentic Blackness - «Real» Blackness: Essays on the Meaning of Blackness in Literature and Culture (Black Studies and Critical Thinking #26) (Paperback) 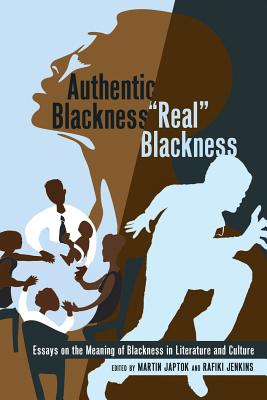 Authentic Blackness - «Real» Blackness: Essays on the Meaning of Blackness in Literature and Culture (Black Studies and Critical Thinking #26) (Paperback)

This is book number 26 in the Black Studies and Critical Thinking series.

Authentic Blackness - Real Blackness explores and explains the idea of authenticity, of keeping it real, as it relates to the multi-faceted meanings of blackness in the United States and the world. Including reflections on hip-hop, comedy, literature, intellectual history, and autobiography, the collection gives both a broad overview of and intervenes in the debates concerning blackness. A comprehensive introductory essay outlines the history of the idea of authentic blackness, while other chapters examine the contours of blackness in Canada and Jamaica; the relationship between middle-class status and real blackness; the link between blackness and hip-hop culture; Dave Chappelle's comedy; and the work of James Baldwin, Countee Cullen, Clarence Major, and John Edgar Wideman as it comments on authenticity in relation to race.
Martin Japtok, Associate Professor of English and Multicultural Studies at Palomar College, is the author of Growing Up Ethnic: Nationalism and the Bildungsroman in African American and Jewish American Fiction and the editor of Postcolonial Perspectives on Women Writers from Africa, the Caribbean, and the U.S. Jerry Rafiki Jenkins is Associate Professor of English and Multicultural Studies at Palomar College. He has published essays on African American speculative fiction and is completing a book-length study on African American vampire novels.