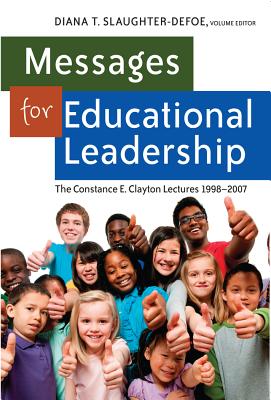 This is book number 34 in the Black Studies and Critical Thinking series.

Urban education is an interdisciplinary field, characterized by introducing many perspectives to research pertaining to educational policy and to the practice of educating youth whose lives unfold in densely populated urban metropolitan areas. This book celebrates Constance Clayton's eleven-year tenure as superintendent of the School District of Philadelphia, ending in 1993, following which an endowed chair was established in Dr. Clayton's honor at the University of Pennsylvania, and later, the Clayton lecture series was inaugurated. The chair was the first named for an African American woman at a predominantly White, Ivy League U.S. university. The lecture series, upon which this book is based, provides a forum for teachers, researchers, and scholars to evaluate and discuss key concepts and issues in urban education. Collectively, the lectures summarize important developments in a post-Brown vs. Board of Education era of educational thought (1998-2010) about what is in the best interests of urban youth.
Diana T. Slaughter-Defoe, the inaugural Constance E. Clayton Professor in Urban Education at the University of Pennsylvania, became Clayton Professor Emerita in July 2011. She holds a BA, an MA, and a PhD (with emphasis on developmental and clinical psychology) from the Committee on Human Development at the University of Chicago. Her research interests include culture, primary education, and home-school relations facilitating in-school academic achievement. Dr. Slaughter-Defoe taught for twenty years at Northwestern University's School of Education and Social Policy. She has also served on the faculties of the Department of Psychiatry at Howard University, the Child Study Center at Yale University, and the Committee on Human Development and Department of Education at the University of Chicago, her alma mater. In 1994, the American Psychological Association cited Dr. Slaughter-Defoe for Distinguished Contributions to Research in Public Policy. In June 2007, the University of Chicago awarded her its Lifetime Professional Achievement Citation. With colleagues in 2011, she edited and published Black Educational Choice: Assessing the Private and Public Alternatives to Traditional K-12 Public Schools.