«By Our Own Strength»: William Sherrill, the Unia, and the Fight for African American Self-Determination in Detroit (Black Studies and Critical Thinking #41) (Hardcover) 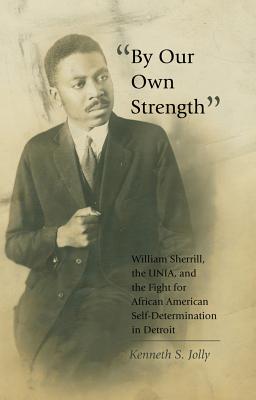 «By Our Own Strength»: William Sherrill, the Unia, and the Fight for African American Self-Determination in Detroit (Black Studies and Critical Thinking #41) (Hardcover)

This is book number 41 in the Black Studies and Critical Thinking series.

For almost four decades, William Sherrill was a critical leader of Marcus Garvey's Universal Negro Improvement Association(UNIA) and a leading African American intellectual and activist in 1930s and 1940s Detroit. But until now, Sherrill's leadership and activism has never been detailed. As the first biography of Sherrill, this book examines him as part of a historical tradition from which post-World War II Black Nationalism and Pan-Africanism re-emerged. Sherrill represents a bridge between the African American self-determination of the1920s and 1930s and African American activism from the 1950s through the 1960s. This book explains how Sherrill carried the UNIA and Garveyism into the post-war period andemphasizes the enduring traditions of African American self-determination, race-based institution building, economic and political empowerment, and cultural centering from the1910s through the 1960s. The story of William Sherrill re-conceptualizes the study of Garvey, Garveyism, and the UNIA.
This book would be ideal for upper-level undergraduate or graduate-level courses in African American history, the Civil Rights Movement, Black freedom struggle, Black liberation, Black nationalism, pan-Africanism, Detroit history, urban history, and urban studies.
Kenneth S. Jolly earned his PhD in African American history from the University of Missouri, Columbia. Currently he is Associate Professor of History and Advisor to Black Studies at Saginaw Valley State University. His previous book, Black Liberation in the Midwest: The Struggle in St. Louis, Missouri, 1964-1970, was published in 2006.