The (Re-)Making of a Black American: Tracing the Racial and Ethnic Socialization of Caribbean American Youth (Black Studies and Critical Thinking #51) (Hardcover) 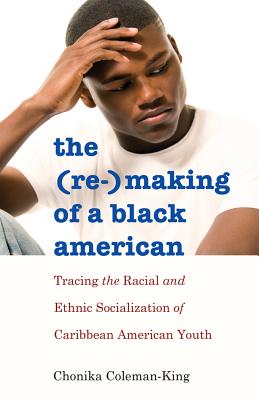 The (Re-)Making of a Black American: Tracing the Racial and Ethnic Socialization of Caribbean American Youth (Black Studies and Critical Thinking #51) (Hardcover)

This is book number 51 in the Black Studies and Critical Thinking series.

Historically, Blacks in the United States have been treated as a homogenous group with little regard for distinctions in ethnicity and immigrant status. However, the growing number of Black immigrants to the United States, and their location at the intersection of immigrant opportunity and racial barriers, has prompted increased interest in the group's integration experiences. Grounded in the notion that racism is an inescapable marker of the Black experience in the United States, The (Re-)Making of a Black American explores the ways children of Black immigrants from the English-speaking Caribbean come to understand their racial and ethnic identities, given the socialization messages they receive from their parents and their experiences with institutionalized racism and racial hierarchies in a U.S. middle school. This book highlights the contradictions between parental and school socialization messages and the struggle that ensues as Caribbean American youth are forcibly (re-)made into a specific brand of Black Americans.
Chonika Coleman-King (PhD in Education, University of Pennsylvania) focuses her professional efforts on addressing racial bias in schools, preparing teachers for diverse contexts, and the racial socialization of Caribbean immigrants. She is Assistant Professor of Urban-Multicultural Education at the University of Tennessee, Knoxville.