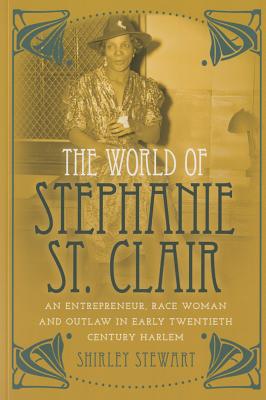 This is book number 59 in the Black Studies and Critical Thinking series.

Born in Guadeloupe in 1897, Stephanie St. Clair entered the United States thirteen years later. By 1923 at the age of twenty-six she would create and manage a highly lucrative policy bank in Harlem - earning a quarter of a million dollars a year. To this day, she remains the only black female gangster to run an operation of that size. Infamous gangster Dutch Schultz invited himself to share in the Harlem profits. Unlike other Harlem bankers, St. Clair resisted. Despite Schultz's threats, many of her male employees remained with her. Some said she paid them high wages and challenged them by asking, What kind of men would desert a lady in a fight?
Upon arrival in the United States St. Clair did not conduct her life in the manner expected of a black female Caribbean immigrant in the early twentieth century. What factors influenced St. Clair's decision to become an entrepreneur and activist within her community? Why did St. Clair describe herself as a lady when ladies did not run illegal businesses and they were not black? These questions are explored along with her lineage - a lineage that contains the same fighting spirit that she carried throughout her life. This is not the story of a victim.
Courses concerned with the study of social and economic conditions of black urban residents during the early twentieth century and female entrepreneurs of the same era will find St. Clair's story compelling and informative.
Shirley Stewart received a BA in political science and economics from Fordham University and an MA in women's history from Sarah Lawrence College. Her research and writing reflect an interest in women all over the world who agitate for positive change for their families and communities. Specifically, her work focuses on African women and women of African descent in the diaspora who have historically resisted negative social circumstances. She also writes on current women's issues, immigration issues, edits biographies and tutors adults - especially immigrants - in basic literacy skills.