Called to Sankofa: Leading In, Through and Beyond Disaster--A Narrative Account of African Americans Leading Education in Post-Katrina Ne (Black Studies and Critical Thinking #109) (Paperback) 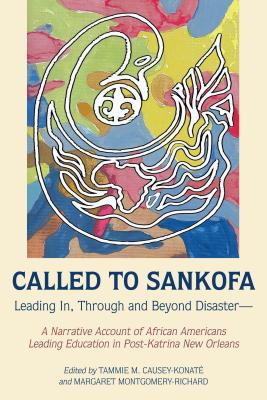 Called to Sankofa: Leading In, Through and Beyond Disaster--A Narrative Account of African Americans Leading Education in Post-Katrina Ne (Black Studies and Critical Thinking #109) (Paperback)

This is book number 109 in the Black Studies and Critical Thinking series.

Called to Sankofa is a collection of Hurricane Katrina survival stories by African American education leaders in New Orleans. It draws upon the West African concept, Sankofa, which loosely translates to "return to the source and fetch." The griots, through their stories, fetch salvageable and knowledge-laden valuables linked to their resilience and rebuilding efforts. Thus, the Sankofa concept serves as a lens for examining leadership in the aftermath of disaster; it serves as an intense magnifier and illuminator of lessons considered relevant and profoundly valuable to guide one's understanding of how to lead in, through and beyond disaster. Past experiences yield teachable moments. The lessons excerpted from these moments reveal the sources from which the leaders draw the resilience to recover from trauma, the vision to guide others, the courage to challenge the status quo, the imagination to make a way where there is none and the stamina to press beyond peril toward an unpromised future.

Called to Sankofa rejects the assumption that "all was broken" in education--either before or due to Katrina, and through the storytellers, we are reminded that to rebuild things better than before, one must take stock of, extract meaning from and be guided by what constituted the "before." Hence, Called to Sankofa documents the leaders' acts of resilience, optimism, strength, passion and resolve and details the support structures and sources of inspiration that enabled within them the capacity to adapt to the chaotic and uncertain environments and to be moved to action and leadership.

Tammie M. Causey-Konate is Deputy Director of the Southeast Comprehensive Center and a Senior Technical Assistant Consultant at American Institutes for Research. Previously, she served as a tenured associate professor of educational administration at the University of New Orleans where she earned her Ph.D. Margaret Montgomery-Richard is principal of DMM & Associates, LLC, a Louisiana-based organization that specializes in the delivery of technical assistance and other services at the local level. This former Chancellor of the Louisana Technical College earned her Ph.D. in educational administration at the University of New Orleans.