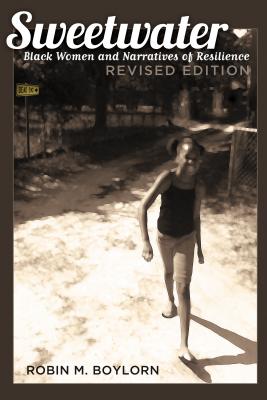 This is book number 100 in the Black Studies and Critical Thinking series.

Sweetwater: Black Women and Narratives of Resilience is a multi-generational story of growing up black and female in the rural south. At times heartbreaking, at times humorous, Sweetwater captures the artistry, strength, language and creativity shared by first-hand accounts of black women in small-town North Carolina during the twentieth century. The book uncovers the versatility and universality of black women's experiences and their exceptional capacity to love in the face of adversity, and hope in the midst of calamity. Sweetwater is about the black female experience as it relates to friendship, family, spirituality, poverty, education, addiction, mental illness, romantic relationships, and everyday survival. The merging themes show the resilience and resistance that black women exhibit while negotiating the intersecting oppressions of racism, classism, and sexism.

Written from field notes and memory, the author reveals the complexities of black women's lived experiences by exposing the communicative and interpersonal choices black women make through storytelling. Narrative inquiry and black feminism are offered as creative educational tools for discussing how and why black women's singular and interior lives are culturally and globally significant.

This revised edition preserves the original narratives but features new content including re-views, re-visions and re-considerations for re-writing autoethnography.

Robin M. Boylorn is Associate Professor of Interpersonal and Intercultural Communication at the University of Alabama. She is the co-editor of Critical Autoethnography: Intersecting Cultural Identities in Everyday Life and co-writer of The Crunk Feminist Collection. Sweetwater: Black Women and Narratives of Resilience received the 2013 It's A Way of Life Narrative Ethnography Award, the 2013 Best Book Award by the Ethnography Division of the National Communication Association, and the 2014 Outstanding Qualitative Book Award by the International Congress of Qualitative Inquiry. Her forthcoming book, Blackgirl Blue(s), introduces blackgirl (one word) autoethnography as a methodological intervention for women of color.