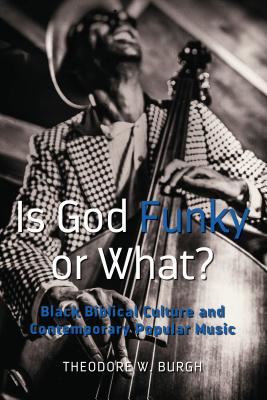 This is book number 111 in the Black Studies and Critical Thinking series.

Black music is a powerful art form. Artists' creations often go where words cannot. The music is special-sacred. However, it's still frequently shoehorned into the ambiguous categories of secular and sacred. Is God Funky or What?: Black Biblical Culture and Contemporary Popular Music complicates the traditional categories of sacred and secular by exposing religious rhetoric and contexts of contemporary popular black music and by revealing the religious-based biblical references and spirituality that form the true cultural context from which these genres emerge. The personal beliefs of black music artists often include, if not revolve around, the heavens. How come we are bombarded by the "thank Gods" in televised award shows, liner notes, or interviews for songs by musicians that some millennials might call "ratchet?" Is God Funky or What? shares anecdotes probing connections between specific forms of popular black music and religion. The qualifications of sacred and secular typically depend on context, lyrics, location, and audience (age, race, religion). Through a woven narrative of lyrics, godly acknowledgments, recorded and original interviews, biographies, and recordings from various genres of black music, this book explores how artists have intertwined views of God, perspectives regarding a higher power, spirituality, and religion in creating their music. Their creations make up an organic corpus called the Artistic Black Canon (ABC). Using the ABC, this book shares and explores its remarkable interpretations and ideas about life, music, spirituality, and religion. Is God Funky or What? also shares how we can better make use of this music in the classroom, as well as better understand how essential it is to the lives of many.