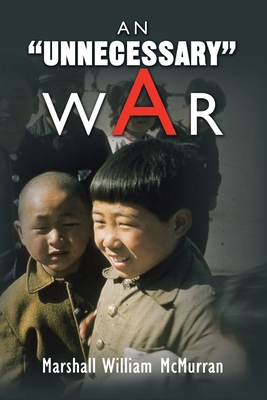 An "Unnecessary" War is a researched readable account of the Korean Conflict, told an Air Force Officer who served with the 3rd Bomb Wing (Light). (Not until 1986 did the US Congress declare the Korean War to be a real war) The cost in human and material loss in the three war years was huge. Any gain is still difficult to assess. Communism was halted, but a grim totalitarian regime was left in place that is now a nuclear thorn in the side of the planet. The book discusses in some detail, the political and financial (yes-financial) decisions made by UN and US political leaders leading to Chairman Mao's and Joe Stalin's approval of Kim Il Sung's ill-considered crusade to invade the South. (Kim Il Sung was the grandfather of our present pesky North Korean Kim, who seems to blame his self-inflicted ills on America) Most recounts of the Korean War are either biased or too detailed for the non-military reader. This book was written for the rest of us, and contains hopefully unbiased judgmental information not available elsewhere in a single writing.
The book contents are set in chronological order with descriptions of major battles, discussions of conflicts, weaknesses, and interplay of US commanders, particularly the actions, sometimes inexplicable, of Douglas MacArthur. It also contains a summary of casualties and losses, orders of battle of both the US Army and USAF, and descriptions of Communist forces committed at critical times. Discussions of the efforts of other UN members, particularly the British Commonwealth and Turkish forces give an insight to the contribution and sacrifices of our comrades-in-arms. With access to USAF "frag" orders at the time, the air war descriptions here are likely more accurate than in USAF published histories tending to glorify USAF contributions. Post Korean War discussions with National Guard comrades with the 2d Division during the disastrous Chongchon rout, add an eyes-on contribution to the discussion of this engagement.