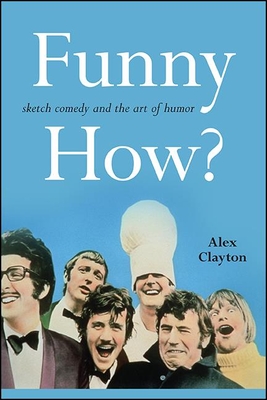 
Available in Warehouse. Wait for Email Confirmation for ETA
This book cannot be returned, cancelled, or exchanged. Please call for availability and pricing
What makes something funny? This book shows how humor can be analyzed without killing the joke. Alex Clayton argues that the brevity of a sketch or skit and its typical rejection of narrative development make it comedy-concentrate, providing a rich field for exploring how humor works. Focusing on a dozen or so skits and scenes, Clayton shows precisely how sketch comedy appeals to the funny bone and engages our philosophical imagination. He suggests that since humor is about persuading an audience to laugh, it can be understood as a form of rhetoric. Through vivid, highly readable analyses of individual sketches, Clayton illustrates that Aristotle's three forms of appeal--logos, the appeal to reason; ethos, the appeal to communality; and pathos, the appeal to emotion--can form the basis for illuminating the inner workings of humor. Drawing on both popular and lesser-known examples from the United States, United Kingdom, and elsewhere--Monty Python's Flying Circus, Key and Peele, Saturday Night Live, Airplane , and Smack the Pony--Clayton reveals the techniques and resonances of humor.
Alex Clayton is Senior Lecturer in Film and Television at the University of Bristol, United Kingdom, and the author of The Body in Hollywood Slapstick.