The Other Rāma: Matricide and Genocide in the Mythology of Paraśurāma (Paperback) 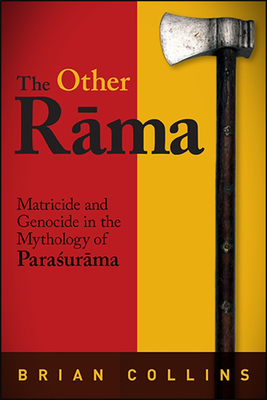 The Other Rāma: Matricide and Genocide in the Mythology of Paraśurāma (Paperback)


Available in Warehouse. Wait for Email Confirmation for ETA
This book cannot be returned, cancelled, or exchanged. Please call for availability and pricing
The Other Rāma presents a systematic analysis of the myth cycle of Paraśurāma ("Rāma with the Axe"), an avat ra of Viṣṇu best known for decapitating his own mother and annihilating twenty-one generations of the Kṣatriya warrior caste in an extermination campaign frequently referred to as "genocide" by modern scholars. Compared to Rāma and Kṛṣṇa, the other human forms of Viṣṇu, Paraśurāma has a much darker reputation, with few temples devoted to him and scant worshippers. He has also attracted far less scholarly attention. But dozens of important castes and clans across the subcontinent claim Paraśurāma as the originator of their bloodline, and his mother, Reṇukā, is worshipped in the form of a severed head throughout South India. Using the tools of comparative mythology and psychoanalysis, Brian Collins identifies three major motifs in the mythology of Paraśurāma: his hybrid status as a Brahmin warrior, his act of matricide, and his bloody one-man war to cleanse the earth of Kṣatriyas. Collins considers a wide variety of representations of the myth, from its origins in the Mahābhārata to contemporary debates online. He also examines Paraśurāma alongside the Wandering Jew of European legend and Psycho's matricidal serial killer Norman Bates. He examines why mythmakers once elevated this transgressive and antisocial figure to the level of an avatāra and why he still holds such fascination for a world that continues to grapple with mass killings and violence against women.
Brian Collins is Drs. Ram and Sushila Gawande Chair in Indian Religion and Philosophy at Ohio University. He is the author of The Head beneath the Altar: Hindu Mythology and the Critique of Sacrifice.