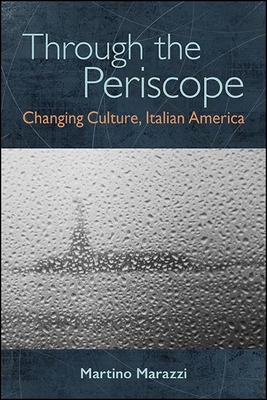 
Available in Warehouse. Wait for Email Confirmation for ETA
This book cannot be returned, cancelled, or exchanged. Please call for availability and pricing
The constant dialogue between literary forms of the Old and the New World is the core concern of the essays in Through the Periscope, which examine these ever-changing historical, intellectual, and psychological landscapes through the lens of Italian American culture. Moving beyond Little Italy, the book widens the spectrum of pure immigrant studies. It analyzes the longue dur e of the revolutionary energies of 1848, an arc that leads from Margaret Fuller to Bob Dylan via the Great Migration of European peoples and languages, as well as the merging of various immigrant voices in the changing culture of turn-of-the-century New York. It reclaims the importance of Dante for Italian American writers and follows the metamorphosis of a Romance language dense in masterworks and oral nuances through the multiple signs of a new illiterature. Points of arrival are both the majestic proletarian novels of the 1930s and a contemporary poem like Robert Viscusi's Ellis Island. Martino Marazzi's volume underlines the richness of such an epic cultural transformation and its fundamental importance for a more thorough understanding of Euro-American relations.
Martino Marazzi is Associate Professor of Italian Literature at the University of Milan in Italy. His many books include Voices of Italian America: A History of Early Italian American Literature with a Critical Anthology.