Lake with No Name: A True Story of Love and Conflict in Modern China (Paperback) 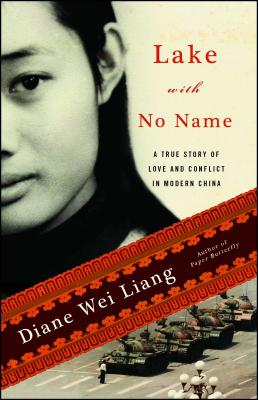 Lake with No Name: A True Story of Love and Conflict in Modern China (Paperback)


This title is likely unavailable. Email or call for price and availability.
Diane Wei liang, creator of the mei Wang literary mystery series, brings us a tale as spellbinding as any she could invent: her own love story, intertwined with the dramatic history of modern china, including the international trauma of tiananmen square.

• Shedding a new light on history: Liang fled Tiananmen Square in June 1989 and returned to Beijing six years later in an attempt to find her sweetheart, from whom she had been separated once the troops rolled in. With her graceful, confident voice, Liang is the perfect author to shine a light on this moment in history, telling her true, dramatic story at a time when the world’s eyes are focused once again on China.

• The real-life drama behind the mysteries: Liang drew deeply from her life story in creating the protagonist of her novels: mei Wang is a female private investigator who has been living in Beijing since before the violent clash around Tiananmen Square. readers will be intrigued by how mei’s life reflects and differs from the author’s own turbulent experience in China.

• International phenomenon: rights for The Eye of Jade have been sold in twenty-two countries. Lake With No Name was published in the u.K. in 2003. This will be the first time that American readers will have access to Diane Wei Liang’s memoir.

• Timely and engaging: China is already the new world superpower. ms. Wei Liang’s novels have given readers an opportunity to learn about Chinese culture at a time when curiosity about China is at fever pitch.
Diane Wei Liang was born in Beijing. She spent part of her childhood with her parents in a labor camp in a remote region of China. In 1989 she took part in the Student Democracy Movement and protested in Tiananmen Square. Diane is a graduate of Peking University. She has a Ph.D. in business administration from Carnegie Mellon University and was a professor of business in the U.S. and the U.K. for more than ten years. She now writes full-time and lives in London with her husband and their two children.