Misty: My Journey Through Volleyball and Life (Paperback) 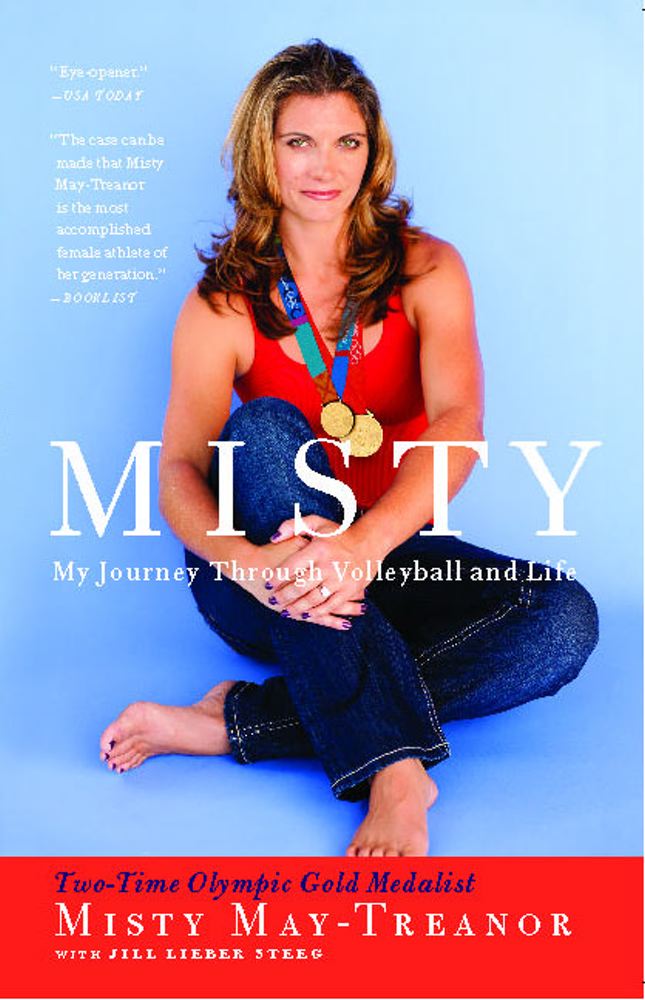 More than any Olympics in history, the 2008 Beijing Summer Games captured the world’s imagination, and Misty May-Treanor became one of the biggest U.S. stars on the global stage. Now she shares the story of her life and remarkable athletic career.

Destined for beach volleyball superstardom, having been raised on famed Muscle Beach in Santa Monica, California, Misty talks about the personal and professional challenges she has faced and the life lessons she has learned in the process. From growing up with two driven, competitive, accomplished athlete parents and living in a volatile household rocked for years by their alcoholism to the heartbreaking death of her mother from cancer, Misty reveals intimate details never before publicly discussed. She tells behind-the-scenes stories about her eight-year climb to the top of beach volleyball with partners Holly McPeak and Kerri Walsh; her career-threatening injuries; her role on ABC’s hit television show Dancing with the Stars; and of course, her historic two Olympic gold medals and the special rewards they’ve brought.

Offering an unprecedented glimpse into the life of a cherished celebrity sports icon and an ambassador for women’s athletics, Misty will touch, inspire, and empower readers everywhere.

Misty May-Treanor was born in Los Angeles and grew up playing beach volleyball at the Santa Monica Pier with her father, Butch, a 1968 Olympian, and her mother Barbara. She graduated from Long Beach State, where she was a vital member of the 1998 NCAA Championship team and received the Honda-Broderick Award for the nation’s collegiate female athlete of the year. After a brief stint with the U.S. national indoor team, she went on to revolutionize the sport of beach volleyball, becoming the best women’s player ever. Misty currently splits time between California and Florida with her husband, Majoy League Baseball catcher Matt Treanor.

Jill Lieber Steeg has been an award-winning senior writer at Sports Illustrated and USA TODAY. In her more than three decades in journalism, she has established herself as one of the nation’s preeminent profile writers and investigative sports reporters. She lives in California with her husband Jim and their beloved golden retreiver Fenway.