Women's Empowerment and Disempowerment in Brazil: The Rise and Fall of President Dilma Rousseff (Paperback) 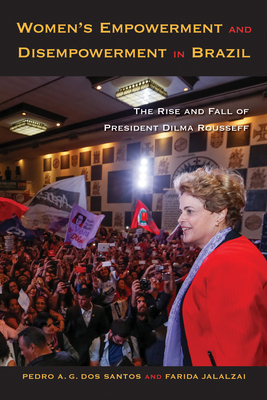 Women's Empowerment and Disempowerment in Brazil: The Rise and Fall of President Dilma Rousseff (Paperback)

In 2010, Dilma Rousseff was the first woman to be elected President in Brazil. She was re-elected in 2014 before being impeached in 2016 for breaking budget laws. Her popularity and controversy both energized and polarized the country. In Women’s Empowerment and Disempowerment in Brazil, dos Santos and Jalalzai examine Rousseff’s presidency and what it means for a woman to hold (and lose) the country’s highest power.

The authors examine the ways Rousseff exercised dominant authority and enhanced women’s political empowerment. They also investigate the extent her gender played a role in the events of her presidency, including the political and economic crises and her ensuing impeachment. Emphasizing women’s political empowerment rather than representation, the authors assess the effects of women executives to more directly impact female constituencies—how they can empower women by appointing them to government positions; make policies that advance women’s equality; and, through visibility, create greater support for female politicians despite rampant sexism.

Women’s Empowerment and Disempowerment in Brazil uses Rousseff’s presidency as a case study to focus on the ways she succeeded and failed in using her authority to empower women. The authors’ findings have implications throughout the world.

Pedro A. G. dos Santos is an Associate Professor of Political Science at the College of Saint Benedict and Saint John’s University in Minnesota. He has two main areas of research in Brazilian politics: women’s representation in the legislative and executive, and the rise of evangelical politicians in the country. He has published various book chapters as well as journal articles in Latin American Politics and Society, Politics & Gender, and Opinião Pública.

Farida Jalalzai is Associate Dean of Global Initiatives and Engagement in the College of Liberal Arts and Human Sciences and Professor of Political Science at Virginia Tech. She is the author of Shattered, Cracked, or Firmly Intact: Women and the Executive Glass Ceiling Worldwide, Women Presidents of Latin America: Beyond Family Ties? and  co-editor of Measuring  Women's Political Empowerment Across the Globe.