A Companion to the United States Constitution and Its Amendments (Paperback) 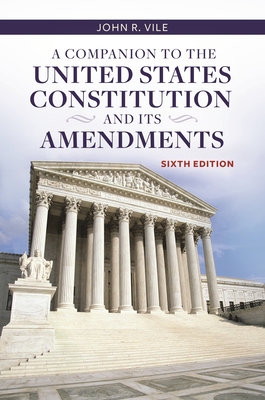 A Companion to the United States Constitution and Its Amendments (Paperback)

A document that is well past two centuries old, the U.S. Constitution remains as relevant and important today as during the time of our country's founding. Now in its sixth edition, this single-volume work offers a fair, non-partisan treatment of one of the most important documents in American history. The book begins with introductory background information on the U.S. Constitution and the Declaration of Independence and then presents a clause-by-clause explanation of the Constitution from the preamble through all of its amendments, addressing how each has been interpreted by the U.S. Supreme Court and other institutions throughout U.S. history.

This fully updated edition of A Companion to the United States Constitution and Its Amendments incorporates numerous new developments in the four years since the previous edition, including the appointments of new Supreme Court justices, impactful cases involving First Amendment rights for students, the Affordable Care Act, National Security Agency (NSA) data gathering, voting rights, campaign finance law, DNA sampling, and the ongoing battle over gay rights. As with the previous editions, John R. Vile provides a balanced and thorough treatment that identifies key Supreme Court decisions and other interpretations of the document while abstaining from unnecessarily complex and confusing explanations.