The Constitutional Convention of 1787: A Reference Guide (Guides to Historic Events in America) (Hardcover) 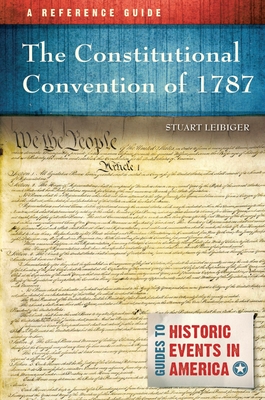 The Constitutional Convention of 1787: A Reference Guide (Guides to Historic Events in America) (Hardcover)

The Framers of the U.S. Constitution designed a novel republican form of government to replace the failing Confederation, one that would divide power between the federal government and the states, launching a new phase of the American experiment in representative democracy. Not until the end of the American Civil War, nearly a century later, would it become clear, as Abraham Lincoln put it in his Gettysburg Address, that government of the people, by the people, for the people shall not perish from the earth.