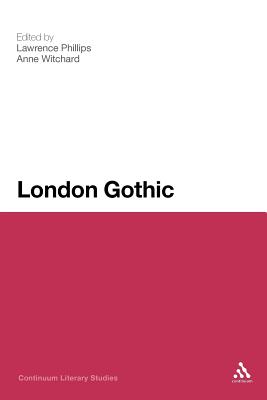 This is book number 237 in the Continuum Literary Studies series.

London has taken a central role in urban Gothic, from key canonic texts like Strange Case of Dr Jekyll and Mr Hyde, The Picture of Dorian Gray and Dracula through modern Gothic texts to the 'tourist gothic' of rebranded gastropubs and ghost tours. As a specific category, London Gothic is becoming as important for understanding ourselves today as it has been for thinking about the cultural productions of the late-nineteenth century. This is the first book to focus on Gothic representations of London, offering a range of essays from established and new scholars reading London Gothic as it is manifested in a variety of media and through varied critical approaches.
Lawrence Phillips is Professor in English andCultural Criticism at the University of Northampton, UK.Anne Witchard is a Lecturer in the department of English and Linguistics at the University of Westminster, UK. She is author of Thomas Burke's Dark Chinoiserie (Ashgate, 2009).