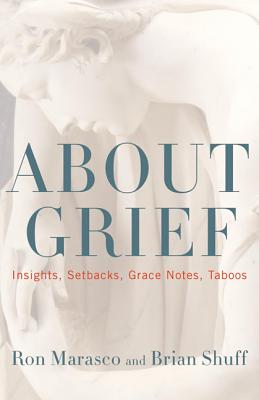 
Available in Warehouse. Wait for Email Confirmation for ETA
About Grief is a refreshingly down-to-earth book about an issue that blindsides many people. Written in a warm and conversational way that is, at times, deeply moving, at times, surprisingly amusing, and always practical, it covers a wide range of issues facing people in grief. Marasco and Shuff have done the footwork for readers who wish to know more about this complex subject. Using a variety of sources, including books, films, music and many hours spent talking with people in grief, the authors distill their candid insights into a series of short, single-topic-essays that can be easily digested in one sitting-a format they found grieving people preferred. This is not a book written by clinicians, so there's no cold jargon. It's not a memoir of one individual's grief, so it has something for everyone. And it's not a self-peddling inspirational book. It's a wise, plain-spoken, comforting book about an intimidating topic. As one reader recently said of About Grief: "Reading this book is like having a smart, entertaining friend around-at a time when you really need one.
Ron Marasco is a professor in the College of Communication and Fine Arts at Loyola Marymount University in Los Angeles. His first book, Notes to an Actor, was named by the American Library Association an "Outstanding Book of 2008." For the past five years he has taught a very popular course on the subject of grief using film, theatre, literature and oral history as a way to study this often intimidating subject. He has acted extensively on TV--in everything from Lost to West Wing to Entourage -and appeared opposite screen legend Kirk Douglas in the movie Illusion, for which he also wrote the screenplay. He has a BA from Fordham at Lincoln Center and an MA and Ph. D. from UCLA. Brian Shuff is a writer from Mesa, Arizona, who now lives in Los Angeles where he is at work completing a book of short stories. His mother died when he was eight years old, giving him a life-long interest in the subject of grief. Along with Ron Marasco he has written a screenplay based on Louise Hay's groundbreaking book, You Can Heal Your Life that will premiere in 2011. He and Marasco are also working on a dramatic adaptation of John McNulty's book This Place on Third Avenue.