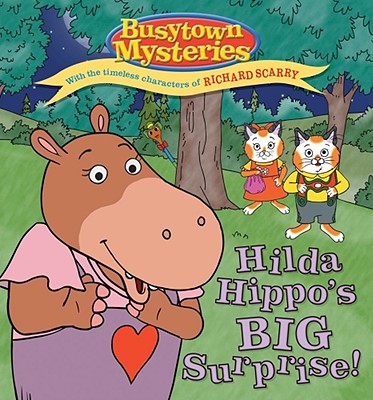 
This title is likely unavailable. Email or call for price and availability.
It's a special day in Busytown: It's Hilda Hippo's birthday She received a really amazing gift from her father, and she invites her friends to meet her at the Busytown Park that evening so she can share her mystery gift with them. What is it? Hilda won't tell But she does give her friends clues that day... and Huckle figures out what Hilda's mystery gift is. It's an actual star that her father had named after her Together, the friends find the 'Hilda' star in the night sky and celebrate Hilda's birthday.