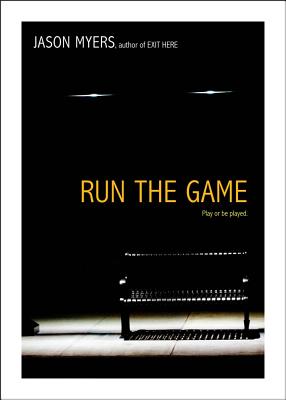 
Available in Warehouse. Wait for Email Confirmation for ETA
In this gritty novel from the author of Exit Here and Dead End, love is a high-priced and dangerous game: Play or be played.

Alexander didn’t believe in love at first sight until he met Patti. She’s the kind of girl you hear about in songs: gorgeous, feisty, and dangerous. Being with Patti is better than any high, and he can’t live without her.
But Alexander’s not the only one who wants to be with Patti. Burke ruthlessly takes what he wants and will kill to protect what is his. And he won’t let Patti go without a fight. If Patti and Alexander are going to be together, their love will come at a steep price. Because some promises are meant to be broken, and not all debts can be paid in cash….
Jason Myers is the author of five teen novels, including his debut, Exit Here., which became a cult classic. He lives in San Francisco, California. Find him online at JasonMyersAuthor.com or follow him on Twitter at @JasonMyersBooks.