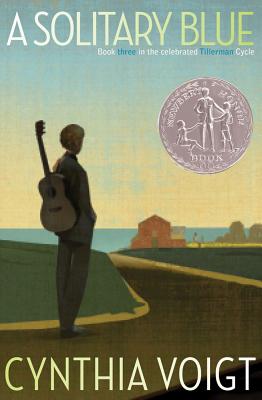 This is book number 3 in the The Tillerman Cycle series.

A Newbery Honor–winning installment of the Cynthia Voigt’s classic Tillerman series is repackaged with a fresh new look.

Jeff Greene was only seven when he came home from school to find a note from his mother. She felt that the world needed her more than her “grown up” son did. For someone who believed she could see the world’s problems so clearly, she was blind to the heartache and difficulties she pushed upon her son, leaving him with his reserved, undemonstrative father.

So when, years later, she invites Jeff to spend summers with her in Charleston, Jeff is captivated by her free spirit and warmth, and a happiness he’s been missing fills him. But Jeff's second visit ends with a devastating betrayal and an aching feeling of loneliness. In life, there can be emotional pits so deep that seemingly nothing will grow—but if he digs a little deeper, Jeff might just come out on the other side.
Cynthia Voigt won the Newbery Medal for Dicey’s Song, the Newbery Honor Award for A Solitary Blue, and the National Book Award Honor for Homecoming, all part of the beloved Tillerman Cycle. She is also the author of many other celebrated books for middle grade and teen readers, including Izzy, Willy-Nilly, and Jackaroo. She was awarded the Margaret A. Edwards Award in 1995 for her work in literature, and the Katahdin Award in 2004. She lives in Maine.


Bulletin of the Center for Children¹s Books Beautifully knit, a compelling and intelligent novel.