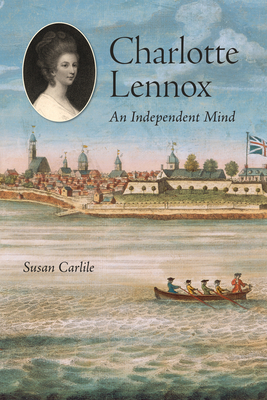 Charlotte Lennox (c.1729-1804) was an eighteenth-century London author whose most celebrated novel, The Female Quixote (1752), is just one of eighteen works published over forty-three years. Her stories of independent women influenced Jane Austen, especially in her novels Northanger Abbey and Sense and Sensibility.

Susan Carlile's biography places Lennox in the context of intellectual and cultural history and focuses on her role as a central figure in the professionalization of authorship in England. Lennox participated in the most important literary and social discussions of her time, including debates concerning female authorship, the elevation of Shakespeare to national poet, and the role of periodicals as didactic texts for an increasingly literate population. Lennox also contributed to making Greek drama available for English-language audiences and pioneered the serialization of novels in magazines. Carlile's work is the first biographical treatment to consider a new cache of correspondence released in the 1970s and reveals how Lennox was part of an ambitious and progressive literary and social movement.