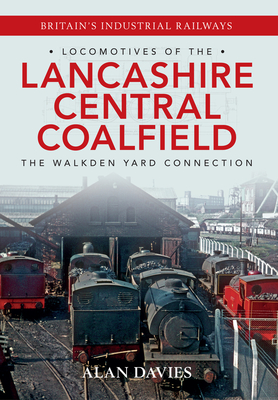 
This title is likely unavailable. Email or call for price and availability.
The old Bridgewater Trustees mineral railways were to become the Central Railways of the huge Manchester Collieries concern, which was formed in March 1929. The landscape with its changing, suddenly abrupt and often fierce gradients was to be a cruel one for these colliery locomotives which were worked virtually constantly to their limits. From Worsley to Linnyshaw Colliery, east of Walkden, the average gradient had been 1 in 52 with the occasional 1 in 30 stretch! The locomotives were varied but post-war included many of the Hunslet-designed Austerity, as well as a series of ex-North Staffordshire Railway locomotives. Alan Davies, in a companion volume to his previous work on Walken Yard itself, tells the story of the locomotives that were based there, were maintained and repaired there and that sometimes finished their working lives at Walkden Yard.
Alan Davies has been interested in mining all his life and this led to a career working in the museums industry, most notably at the Lancashire Mining Museum, Salford. He has written numerous books on collieries and coal mining in Lancashire. Alan lives in Manchester.