Dostoyevsky: A Life of Contradiction (Paperback) 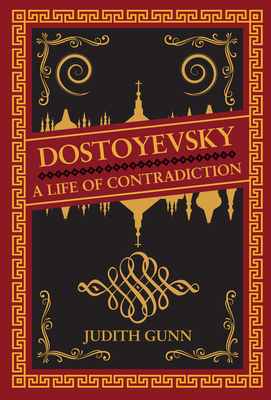 Dostoyevsky: A Life of Contradiction (Paperback)


This title is likely unavailable. Email or call for price and availability.
Fyodor Dostoyevsky’s life and literature are still potent today, nearly two hundred years after his birth. He is credited with writing some of the greatest novels of all time; a compatriot of Tolstoy and a contemporary of Dickens, his struggle for recognition was long and difficult. He suffered from severe epilepsy and an addiction to gambling, and in 1849 was only moments away from execution before he received a reprieve and was instead imprisoned in Siberia.In his writing he offended and delighted in equal measure, recounting his own experience of prison with dark humour and wit in The House of the Dead and never losing his fascination with real-life crime. His novels ranged from the gritty social realism of Crime and Punishment to the fantasy of The Double, as well as the world-renowned Brothers Karamazov.From revolutionary to reactionary, enemy of the state to tutor of the Tsar’s children, Dostoyevsky’s story is one of turbulent change and contradiction. This biography explores his life and work, recounting his personal struggles with deadlines, debt, marriage and memories, and revisiting and revitalising his outstanding contribution to literature and how his writing is reflected and translated in the media today.
Judith Gunn began her career working for BBC radio as a researcher, producer and writer. She has published biographies, a film novelisation, co-writes and has written film education books for Auteur. She attended Bristol University and lived in East Africa and Northern Australia before moving to north London, where she spent twenty years working, writing and raising children. She taught Media and English for fourteen years and now writes full time.