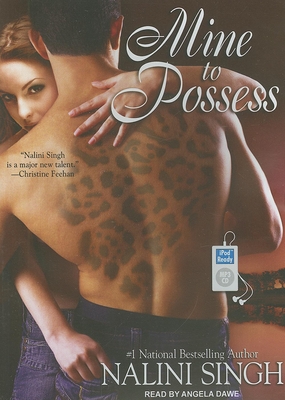 By Nalini Singh, Angela Dawe (Narrated by)
Email or call for price & availability
Not Currently Available to Order
This book cannot be returned, cancelled, or exchanged.

Clay Bennett is a powerful DarkRiver sentinel, but he grew up in the slums with his human mother, never knowing his changeling father. As a young boy without the bonds of Pack, he tried to stifle his animal nature. He failed...and committed the most extreme act of violence, killing a man and losing his best friend, Talin, in the bloody aftermath. Everything good in him died the day he was told that she, too, was dead. Talin McKade barely survived a childhood drenched in bloodshed and terror. Now a new nightmare is stalking her life-the street children she works to protect are disappearing and turning up dead. Determined to keep them safe, she unlocks the darkest secret in her heart and returns to ask the help of the strongest man she knows... Clay lost Talin once. He will not let her go again, his hunger to possess her, a clawing need born of the leopard within. As they race to save the innocent, Clay and Talin must face the violent truths of their past...or lose everything that ever mattered.

Nalini Singh is the "New York Times" bestselling author of dozens of novels, including the Psy/Changeling series and the Guild Hunter series. Visit her at nalinisingh.com.

Angela Dawe's work includes film, television, theater, and improvisational comedy, as well as audiobook narration. Among Angela's recordings are "The Sheen on the Silk" by Anne Perry and "Savor the Moment" by Nora Roberts.