Serial Killers of the '80s: Stories Behind a Decadent Decade of Death Volume 5 (Paperback) 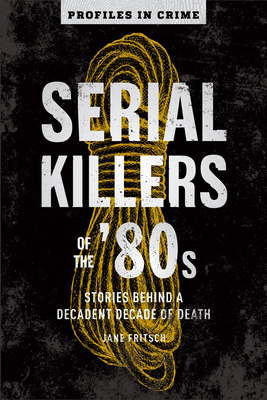 Serial Killers of the '80s: Stories Behind a Decadent Decade of Death Volume 5 (Paperback)


Available in Warehouse. Wait for Email Confirmation for ETA
The 1980s were a time of notorious serial killers--Jeffrey Dahmer, Aileen Wuornos, Samuel Little--but also of advances in forensics that helped lead to their capture.
The serial killer became part of our common cultural consciousness in the 1970s and, in the decade that followed, the FBI confronted even more incomprehensible crimes and their perpetrators. This engrossing collection of illustrated true-crime profiles details the unthinkable exploits of a rogue's gallery that includes--in addition to Jeffrey Dahmer, Aileen Wuornos, and Gary Ridgway--Samuel Little and Joseph James DeAngelo, serial murderers whose criminal legacies are still making headlines today.
Jane Fritsch is a journalist who was a co-finalist for the Pulitzer Prize and a reporter for TheNew York Times, Los Angeles Times, Newsday, and Chicago Tribune, where she covered the trial of the serial killer John Wayne Gacy.