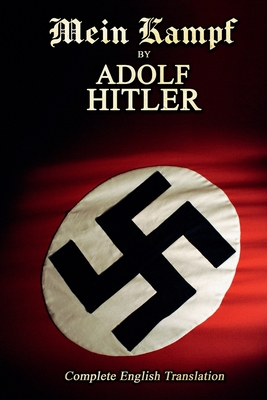 
Available in Warehouse. Wait for Email Confirmation for ETA
This book cannot be returned, cancelled, or exchanged. Please call for availability and pricing
Mein Kampf ("My Struggle") is an important historical document which should not be forgotten, it remains important to educated and explain clearly what this work set out to achieve. This book is the political manifesto and philosophical autobiography of Adolf Hitler. It became known as the 'bible' of National Socialism (Nazism) in Germany's Third Reich. The first volume, entitled "The Settlement "Revenge" was written in 1924 in the Bavarian fortress of Landsberg am Lech. It highlights the First World War, and the "betrayal" of Germany's collapse in 1918; it also expresses Hitler's racist ideology as well as revenge against France. It was considered proper to own a copy and to give one to newlyweds or to celebrate any similar occasion. Revelations concerning the nature of his character and his blueprint for Germany's future served as a warning to the world. A warning that was mostly ignored. This book contains both volumes and has been fully translated to English.