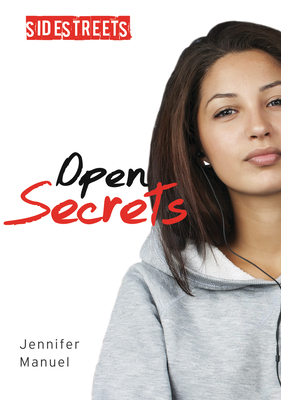 Seventeen-year-old Ana Santos has ambitions to make it big in music. When she signs a contract with the owner of a music caf , she has no idea there are sexual strings attached. This book looks at the darker side of the music industry, including sexual harassment, lyrics that degrade and demean women, and social media trolling as backlash for speaking up. Ana is a strong, realistic main character who overcomes her feelings of shame to find a voice for herself and her music. The #MeToo movement has revealed the prevalence of sexual assault in society, and an issue that also affects the lives of teen girls.

JENNIFER MANUEL was the 2017 winner of the Ethel Wilson Fiction Prize and was named A Writer to Watch by the CBC in 2016. Jennifer has been a college, elementary and high-school teacher, plays goalie on a men's hockey team and also plays drums and produces music. Jennifer is author of Dressed to Play and Head to Head in the Lorimer Sports Stories series. This is her first YA novel. Jennifer lives in Duncan, British Columbia.