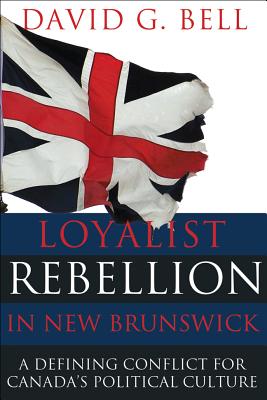 
This title is likely unavailable. Email or call for price and availability.
The American refugees who fled north to Canada after Britain's defeat by the revolutionary U.S. army were determined to build a culture separate from the U.S. By their numbers and their politics they became effectively the founders of English Canada.

In 1784 Britain carved out the new province, New Brunswick, for these Loyalist refugees, creating a special homeland where they could run their own show. But, given a chance to found a new society, the Loyalist refugees turned against each other in a savage contest for political power. In Saint John, where 10,000 people arrived in a space of months, an elite of well-connected, powerful men mainly from Massachusetts allied themselves with officials appointed by Britain and sought to control the levers of power in the colony. They were opposed by upstart political leaders who, with the support of a majority of residents, bitterly fought the already-entrenched minority.

The result was conflict, a war of words that soon escalated into mob violence and criminal trials. British soldiers were called out in defiance of normal constitutional practice to restore order. When the critics of the governor won an election, the governor and his coterie engineered a reversal of the result. Popular political leaders were charged and convicted of sedition. Then the governor and his supporters passed legislation making even written petitions illegal. The new colony's conservative elite used every available device to maintain their grip on power. In the end, the governor boasted to London that the new colony was now passive and obedient.

The hostility of colonial administrators in Canada to dissent and political opposition and their labelling their opponents -- even Loyalists -- as disloyal rebels was long lasting. From his extensive research in early records and his understanding of this crucial period, David G. Bell has written a fascinating account of early Canadian politics that challenges many conventional ideas about the role of Loyalists and British colonial administrators in Canada's original political culture.
DAVID BELL is a graduate in history and the law from Queen's University, the University of New Brunswick and Harvard University. He has written extensively on Maritime history, with books on legal and religious history as well as the award-winning book Early Loyalist Saint John. He is professor of law at the University of New Brunswick, and lives in Jackson Falls, NB.