Monsters in the Movies: 100 Years of Cinematic Nightmares (Paperback) 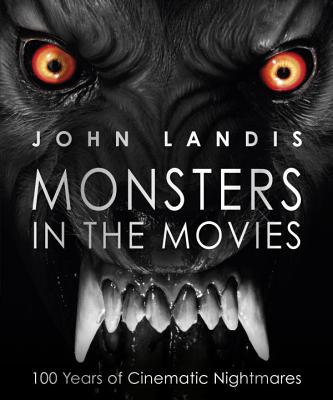 Which 1932 film is considered the first feature-length zombie movie?

Learn everything there is to know about special effects in films and what it goes into designing iconic monsters that still show up in nightmares in Monsters in the Movies, newly released in paperback. From B-movie bogeymen and outer space oddities to big-budget terrors, legendary filmmaker John Landis showcases the greatest monsters ever to creep, fly, slither, stalk, or rampage through theaters!

Landis provides his own unique and entertaining insights into the world of moviemaking, and hosts in-depth conversations with leading monster makers, including David Cronenberg, Christopher Lee, John Carpenter, and Sam Raimi, to discuss the art of monster making. He also surveys the historical origins of the archetypal monsters, such as vampires, zombies, and werewolves.

Go behind the scenes to discover the secrets of the special-effects wizards who created legendary frighteners like King Kong, Dracula, and Halloween's Michael Myers.

With more than 1,000 stunning movie stills and posters, Monsters in the Movies is sure to keep even the most intense fright-seekers at the edge of their seats for hours!

"A delicious romp through the film world, this book provides a nostalgic pull for anyone who grew up a fan of the great horror flicks." – Booklist