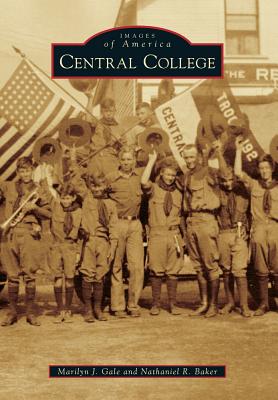 
This title is likely unavailable. Email or call for price and availability.
The area of Amalthea, better known as Central College, was platted by Timothy Lee in 1816. Situated three miles southeast of Westerville, Central College was built along Big Walnut Creek. A college known as the Blendon Institute was formed in 1832. In 1842, the institute was given to the Presbyterian church to form the Central College of Ohio. However, due to financial struggles, the school--later known as Central College Academy--closed in 1894. The Ohio School for the Deaf Alumni Association purchased the defunct school property and created the Ohio Home for the Aged and Infirm Deaf; it was the first home of its kind in the state. The village of Central College filled with excitement when the Cleveland, Mt. Vernon and Delaware Railroad was slated to pass through town in 1873. However, the railroad announced that it would instead pass through Westerville, and because of the lack of public transportation through Central College, the town failed to grow.