Jah Kingdom: Rastafarians, Tanzania, and Pan-Africanism in the Age of Decolonization (Hardcover) 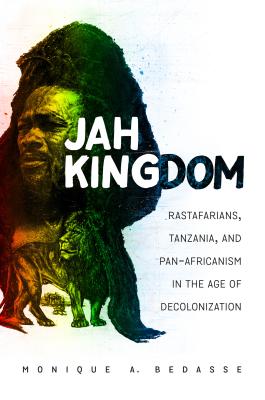 Jah Kingdom: Rastafarians, Tanzania, and Pan-Africanism in the Age of Decolonization (Hardcover)


Available in Warehouse. Wait for Email Confirmation for ETA
From its beginnings in 1930s Jamaica, the Rastafarian movement has become a global presence. While the existing studies of the Rastafarian movement have primarily focused on its cultural expression through reggae music, art, and iconography, Monique A. Bedasse argues that repatriation to Africa represents the most important vehicle of Rastafari's international growth. Shifting the scholarship on repatriation from Ethiopia to Tanzania, Bedasse foregrounds Rastafari's enduring connection to black radical politics and establishes Tanzania as a critical site to explore gender, religion, race, citizenship, socialism, and nation. Beyond her engagement with how the Rastafarian idea of Africa translated into a lived reality, she demonstrates how Tanzanian state and nonstate actors not only validated the Rastafarian idea of diaspora but were also crucial to defining the parameters of Pan-Africanism.

Based on previously undiscovered oral and written sources from Tanzania, Jamaica, England, the United States, and Trinidad, Bedasse uncovers a vast and varied transnational network--including Julius Nyerere, Michael Manley, and C. L. R James--revealing Rastafari's entrenchment in the making of Pan-Africanism in the postindependence period.
Monique A. Bedasse is assistant professor of history and African and African American studies at Washington University in St. Louis.