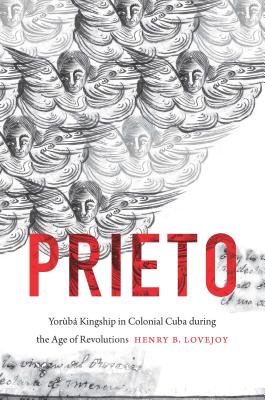 By Henry B. Lovejoy


Available in Warehouse. Wait for Email Confirmation for ETA
This Atlantic world history centers on the life of Juan Nepomuceno Prieto (c. 1773-c. 1835), a member of the West African Yoruba people enslaved and taken to Havana during the era of the Atlantic slave trade. Richly situating Prieto's story within the context of colonial Cuba, Henry B. Lovejoy illuminates the vast process by which thousands of Yoruba speakers were forced into life-and-death struggles in a strange land. In Havana, Prieto and most of the people of the Yoruba diaspora were identified by the colonial authorities as Lucumi. Prieto's evolving identity becomes the fascinating fulcrum of the book. Drafted as an enslaved soldier for Spain, Prieto achieved self-manumission while still in the military. Rising steadily in his dangerous new world, he became the religious leader of Havana's most famous Lucumi cabildo, where he contributed to the development of the Afro-Cuban religion of Santeria. Then he was arrested on suspicion of fomenting slave rebellion. Trial testimony shows that he fell ill, but his ultimate fate is unknown.

Despite the silences and contradictions that will never be fully resolved, Prieto's life opens a window onto how Africans creatively developed multiple forms of identity and resistance in Cuba and in the Atlantic world more broadly.