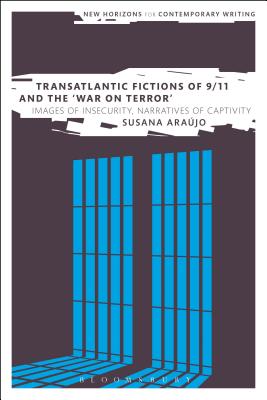 Extending the study of post-9/11 literature to include transnational perspectives, this book explores the ways in which contemporary writers from Europe as well as the USA have responded to the attacks on the World Trade Centre and the ensuing 'war on terror.' Transatlantic Fictions of 9/11 and the 'War on Terror' demonstrates the ways in which contemporary fiction has wrestled with anxieties about national and international security in the 21st century.

Reading a wide range of novels by such writers as Amy Waldman, Michael Cunningham, Fr d ric Beigbeder, Ian McEwan, Joseph O'Neill, Moshin Hamid, Jos Saramago, Ricardo Men ndez Salm n, J.M. Coetzee and Salman Rushdie, Susana Ara jo explores how the rhetoric of the 'war on terror' has shaped recent representations of the city and how "security+? discourses circulate transatlantically and transnationally. By focusing not only on 9/11 but also on the way subsequent events such as the wars in Afghanistan and in Iraq are represented in fiction, this book demonstrates how notions of "terror+? and "insecurity+? have been absorbed, reworked or critiqued in fiction. Ara jo examines to what extent transatlantic relations have reinforced or challenged new fictions of "white western middle class captivity.+?